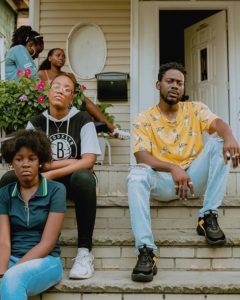 Our Nigerian Star artist; Adekunle Gold YBNL highlife singer and songwriter , drops the official video of his latest single tagged ”Young Love”. AG as he is fondly called, made magic with this tune which has garnered over 92,000 YouTube views and is already number 34 on trending. 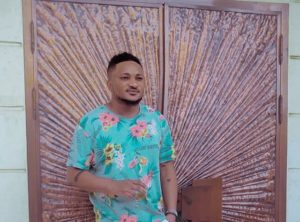 Masterkraft releases ”Turn Me On” video

A new song as been unveil out again by out Nigerian record producer, disc jockey, band director, pianist, and songwriter Sunday Ginikachukwu Nweke, professionally known as Masterkraft, comes through with a new track entitled ”Turn Me On”.   Listen and Enjoy it Below: 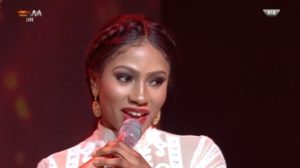 Video: After four attempts, I’m a winner of BBNaija – Mercy

The winner of BBNaija as disclose some more faith word and feel alot excited as Mercy Eke, winner of the 2019 Big Brother Naija reality Season Four show has disclosed that she attempted getting into the reality show four times before she eventually succeeded and won. An elated Mercy said she was […]

A new upcoming fast rising singer as unviel a new video of his Vibe “Dear Future Wife” is Eri Ife’s first official single and Remy Baggins produced the track, Mixed and Mastered by TeeY mix. The video was shot by MEX. Check it out.

VJ Adams out with ”Defender”

Our Nigerians TV Host Presenter, Media personality, show host and musician VJ Adams officially drops a new single tagged “Defender”. This tune which is off his upcoming EP ‘Icon’ talks about guys protecting their ladies regardless of how people try to discourage them or try to talk them out of it. 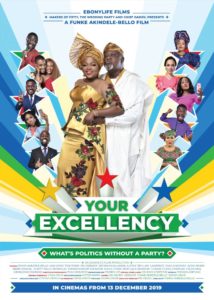 A new feature of another episode of comedy skit movies as being launch by EbonyLife Films, the producer of Fifty, The Wedding Party movies and Chief Daddy has kicked off the promotional campaign for its latest feature film, the social-media-driven political comedy, ”Your Excellency”, with the official cinema poster. The colourful artwork features Akin […] 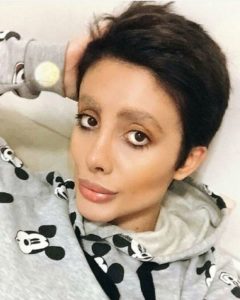 A moral culture policy in Iran as went against an Instagram star who had radical plastic surgery to look like actress Angelina Jolie has been arrested in Iran on blasphemy charges. Sahar Tabar was detained on the orders of Tehran’s guidance court, which deals with “cultural crimes and social and moral corruption”, the […] 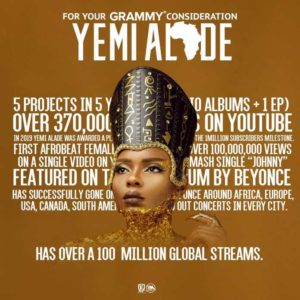 Yemi Alade as make another sweet moves of amazing Debut Album, This anticipation occur afer she got million views on her streaming {JOHNNY } The Nigerian afrobeat singer, Yemi Alade, has been put into consideration for Grammy Award 2019. The singer, who recently dropped her anticipated album ‘Woman of Steel’, took to her Instagram […] 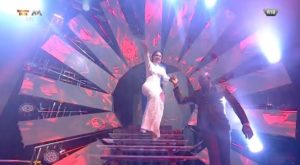 Congratulation messages and appreciation messages will never end in EKE family as the Queen of EKE Family’s which was nominated as one of the BBNaija won the Trophy Championship among her colleagues in BBNaija House Platform, Mercy Eke has been declared the winner of the Big Brother BBNaija Season 4 Pepper Dem Gang […] 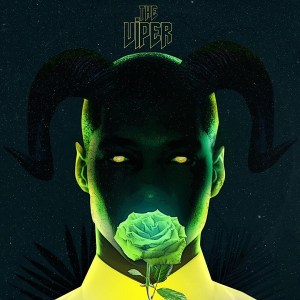 M. I Abaga who as being a king rapper for Nigerians, as finally drops ‘The Viper‘ a response to Vector who has been dissing him on tracks like ‘The Purge‘ and ‘Tetracycling‘. Hip hop lyricist Vector and M.I Abaga have been having bone of contentions with each other for the longest possible time. […]