Making an erupted vender to bumber singles as being comingout title ‘Jaho, Eko” crooner Kizz Daniel is gearing up to release his 3rd album titled “King of Love”. This comes two years after his last album, “No Bad Songz“.

The Fly Boi Inc front-liner announced his upcoming studio album on his Instagram page with a photo of his new tattoo “King of Love” and album cover with the caption, “King Of Love ❤️ || The Album #KOL2020” 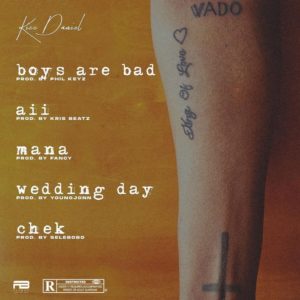