An influencer actress Lupita Nyong’o is starting to act like Cardi B after visiting Lagos, Nigeria for an event she was invited to by Engr. Olusegun Akann Doherty. The 37-year-old BET Awards winning actress rocked a blue ensemble with gele (headgear) and other accessories to match her outfit and overall she looked like a ‘Lagos slay queen’.

Sharing pictures from the ceremony, the ‘Queen of Katwe’ star who recently celebrated her birthday in Lagos penned the caption below:

Funmbi said, “Make her look like a Lagos slay queen.” Tolu obliged.
Grateful to have been a part of the celebration of Engr. Olusegun Akann Doherty’s well-loved life.

Seems the star had a great time in Nigeria, we might as well give her a Yoruba name like Omolabake, or what do you think? 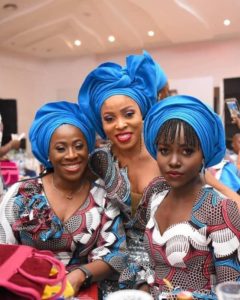 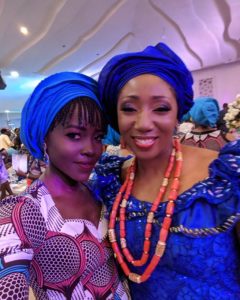 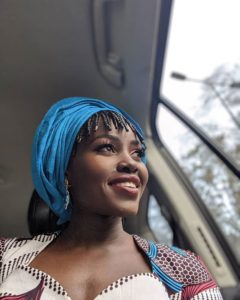 Nyong’o will next star in Simon Kinberg’s ensemble spy-thriller 355 (2021), alongside Jessica Chastain, Penélope Cruz, Fan Bingbing, and Diane Kruger. She is developing a television series based on Chimamanda Ngozi Adichie’s novel Americanah, which she will produce and star in. She will also produce and star in Born a Crime, a film adaptation of Trevor Noah’s memoir of the same name, in which she will play Noah’s mother, Patricia. She will also star alongside Viola Davis in The Woman King, a drama based on the Dahomey Amazons. Lupita will be reuniting with director Abe Forsythe and the creative team behind the horror-comedy film Little Monsters for a starring role in a science fiction comedy film. In addition, she will narrate the Hayden Planetarium space show Worlds Beyond Earth

Funmbi said, “Make her look like a Lagos slay queen.” Tolu obliged. Grateful to have been a part of the celebration of Engr. Olusegun Akann Doherty’s well-loved life. MU & gele: @tolufelix_mua Threads: @funkeadepoju

It’s my birthday and I will party if I want to! #NaijaLife