Our Musician Nigerian Yoruba rapper CDQ dropped the official music video of his latest song titled “Owo.” This will be his first song this decade. The track was produced by hit-making music producer, JayPizzle and the video was directed by the creative Kalani Kelly. 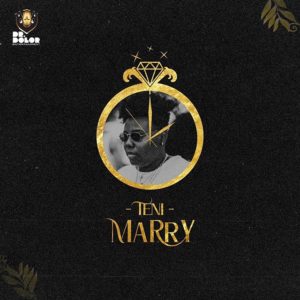 Teni as dropped a new single under Dr Dolor Entertainment presents the official audio for “Marry“ Teni Makanaki has songs like ”Power Rangers, Uyo Meyo, Case, Askamaya, Billionaire” among others to her credit. Teniola Apata aka Sugar Mummy released her debut single “Amen” while signed to Shizzi’s Magic Fingers Records. The 27-year-old left the […]

‘Prosperity’ out by Reminisce featuring Falz

Reminisce the top rate Veteran Nigerian rapper,enlists Bahd Guys Records leader, Falz on a new single titled “Prosperity“. Listen and let us know what you think about the collaboration from these industry heavyweights. 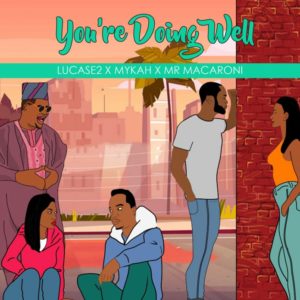 LUCASE 2 knows to be well Rap Duo as dropped a collaboration with Mykah the song hiphop vibe inspired by Mr Macaroni’s slang “You’re doing well” If you enjoy this song, You’re doing well. This comes just before their #UnfinishedLoveSongs Project.     http://www.naijalagos.com/wp-content/uploads/2020/02/LUCASE_2_Naijalagoscom_-_naijalagoscom_Naijalagos.mp3   DOWNLOAD IT HERE 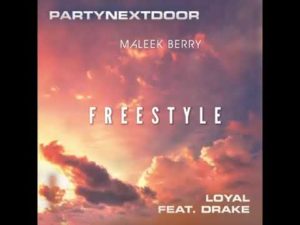 Maleek Berry know as Nigeria’s guru producers/singers, has dropped a new cover this time, he shares an impressive remake of PartyNextDoors’s single featuring Drake titled “Loyal.” The cover comes shortly after he shared his previous effort titled “Yummy,” a Justin Bieber cover. Listen To It Below: 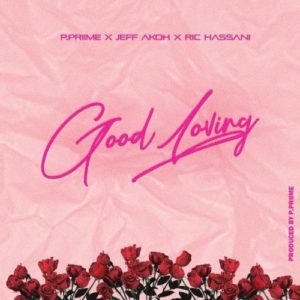 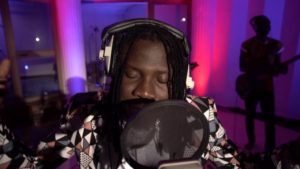 Top Rate Artist in Ghana as dropped latest hit Afro Pop again Stonebwoy brand a new effort and titled “Sobolo”. and the credit of the production goes too UndaBeat is accompanied by a visual. Watch & Listen and Comment Below:   \     http://www.naijalagos.com/wp-content/uploads/2020/02/Stonebwoy_Naijalagoscom_-_naijalagoscom_Naijalagos.mp3   DOWNLOAD IT HERE 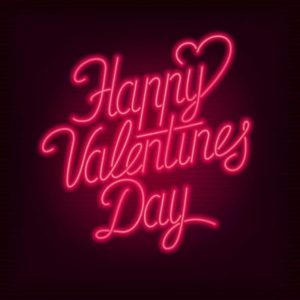 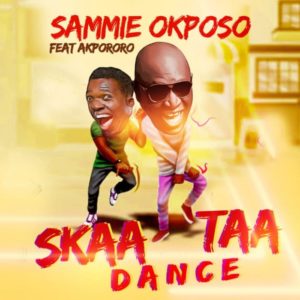 Nigerian Gospel music minister Sammie Okposo whom as claim so many Multiple award-winning international Gospel went into a collaborates with ace comedian and singer Akpororo for the radical praise single titled “Skaataa Dance.” Listen to it below 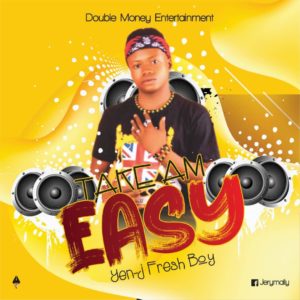 An upcoming artist  popularly know as  **  Yen J Fresh Boy **  as dropped  a latest music  title Take Am Easy  he  emphasis  on the  hip/hop and make the song for lover once to listen and enjoy   The artist as made up unrest  for his musical career , and further tracks he said […]

The Ghanaian rapper as make a collaboration with King Promise and dropped a hit single together, title ”Anadwo” is not one to joke with in the industry. Let us know your opinion in the comment section below.     NaijaLagos Dubai 2020 Media News. 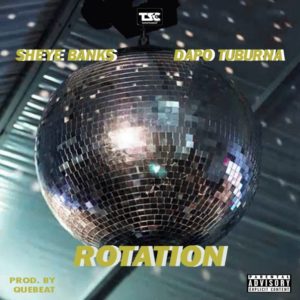 Sheye Banks know as soundcity OAP, Event Host and Hypeman, begin a remarkable good output for his musical career in 2020, merry tune called ‘Rotation’featuring Dapo Tuburna. The party inspired single was created to start any party and keep you on the dance floor. “I Feel a Different Way Tonight I Don’t Care… […] 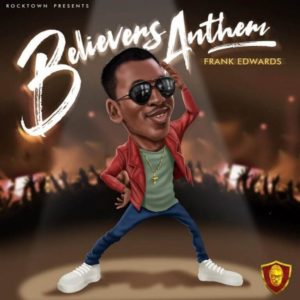 2020 is all about your believe will heal your faith, and put your faith in him as one of our great Magnificent Our Revered Nigerian gospel artist, Frank Edwards has released a brand new record to start the year titled “Believers Anthem”. Enjoy the single below and be blessed.   http://www.naijalagos.com/wp-content/uploads/2020/01/Frank-Edwards_Naijalagoscom_-_naijalagoscom_Naijalagos.mp3   DOWNLOAD IT […] 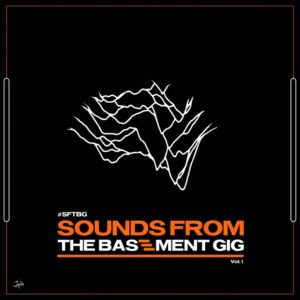 Anniversary as display up with the Basement Gig marked its 3rd year anniversary recently, with the release of a compilation album, titled ‘Sounds From The Basement Gig, Vol.1’ (#SFTBG). The 15-track project features amazing new and emerging artistes such as GoodGirl LA, Ogranya, Attitude, Gbasky, Wilfresh, Boybreed, Alpha Ojini, Dami Oniru, Dapo Tuburna and a host of […]

Despite the storms and wave that trying to pull Blackface to end of musical career, but he turn the critics down and decided to open a clean sheet with the release of a brand new single titled “Collabo”. While fans are hoping he has buried the hatchet and found peace in his heart […] 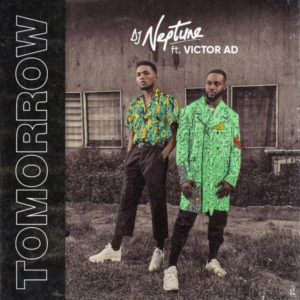 DJ Neptune as Nigerian disc jockey as bring another hit lamba for his fans and Nigerians speakers he made a great dope single titled “Tomorrow“. The track features “Wetin We Gain” crooner, Victor AD. Produced by Kel P, the track was mixed and mastered by rising sound engineer, Milla Mix.   http://www.naijalagos.com/wp-content/uploads/2020/01/DJ-Neptune_Naijalagoscom_-_naijalagoscom_Naijalagos.mp3   DOWNLOAD […] 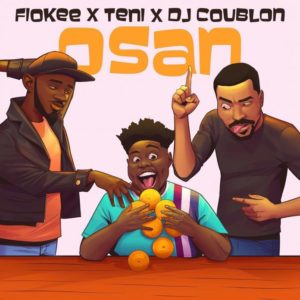 Guitarist & Music producer, that focus on afrobeat sections of music, Fiokee employs the services of Teni Makanaki to dropped this new tune entitled “Osan“. With an extra production from certified hitmaker, DJ Coublon this record with turn your new favourite on your playlist. ‘Osan’ is a Yoruba name for (Orange). Teni the Entertainer […] 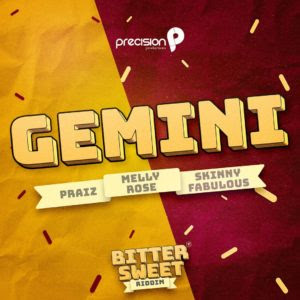 Persistent and hardworking make a great anticipation goes within the Precision Productions collaborates with Praiz, Melly Rose, Skinny Fabulous to churn out a standard Afro-Carribean tune, Gemini. The international music production team is compiling a project Bitter Sweet Riddim (which features acts like Niniola) in anticipation of its Carnival 2020 which is set to […] 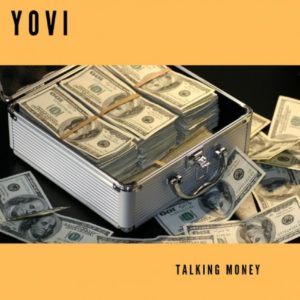 Yovi the main raving naija top rate artist superstar has opened his account for the year with a new single titled “Talking Money“. With full enthusiasm that the 2020 vision year gonna be great years and favour of success, Now, Yovi wants that money talk. Check on it below and enjoy the Mp3:   […] 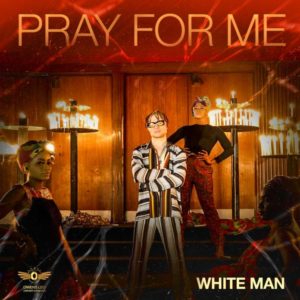 VIDEO: Whiteman – Pray For Me

CEO investor owner of Owens Leo Entertainment frontier; White Man, make a latest hit song by proving out a great jamz his new track titled “Pray For Me”: a fusion of earnest desire and talent. “Pray for me” expresses the artist persistent strive for success, time and prosperity. This new track produced by Hycent […]