American Hall Of Fame star Hollywood actor Johnny Depp has been decline on his bid to appeal a London High court verdict agreeing with The Sun newspaper that he had a domestic fight his wife Amber Heard.

The actor asked the Court of Appeal to grant permission for him to challenge the ruling.

His aim was to overturn the ruling and have a retrial ordered. 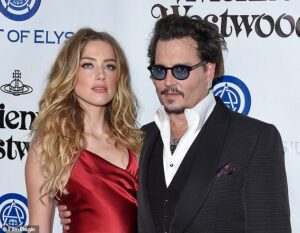 ” And we conclude that the appeal has no real prospect of success and that there is no other compelling reason for it to be heard.

‘We accordingly refuse permission to appeal.’

The judge ruled Mr Depp, 57, assaulted Ms Heard, 34, on a dozen occasions and put her in ‘fear for her life’ three times.