Building up an effective and efficient relationship with the Nigerian VP as Nigerian singer Teniola Apata, popularly known as Teni has visited Vice President Yemi Osinbajo in Abuja.

The duo had efficient discussion. 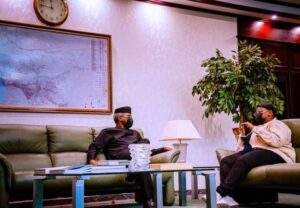 Teni took to her Instagram page to display pictures she took with the Vice President during the visit.

A post shared by Teniola Apata (One take god) (@tenientertainer)

Teni came to world on 12 December 1992 in Lagos state. She is the sibling sister of Nigerian singer Niniola.

She left the record label and signed with Dr. Dolor Entertainment in 2017. She started gaining prominence after releasing the single “Fargin” in September 2017.

She made her breakthrough after releasing the hit singles “Askamaya”, “Case” and “Uyo Meyo”. “Askamaya” was ranked 15th on MTV Base’s year-end list of the Top 20 Hottest Naija Tracks of 2018. 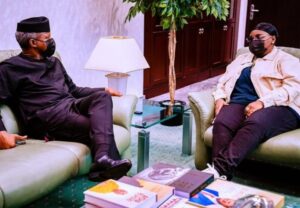 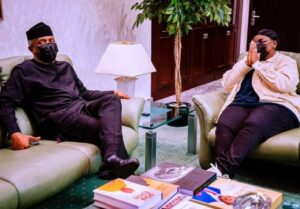