Burna boy made a debut appearance in the Spring/Summer edition of GQ Style where he talked about his comparison with the music legend, late Fela Anikulapo Kuti, his rise to fame and more.

This piece illuminates Burna’s vision of using his music as a tool to unite the continent. “The reason for everything I do and how I do it is for one goal and one goal only, and that’s the eventual unity of Africa,” says Burna. “One day we’ll have one passport, one African currency, one Africa. Then and only then will my mission be complete.”

The article was written by Nigerian-American entertainment journalist Lola Ogunnaike and sheds new light on the often reserved artist.

Burna Boy addresses several topics surrounding his music, authenticity, life and career, including his hopes for a united Africa, comparisons to the Nigerian legend Fela Kuti, and touches on the Xenophobia and the controversial comments he made about South Africa.

The editorial features striking images by Ghanaian photographer Prince Gyasi who captures the artist in colourful designer threads in vibrant setting across Lagos, as well as production from a number of African creatives that brought the story to life, including stylist Mobolaji Dawodu, producer Bola Belo and more.

See photos from the editorial shoot below. 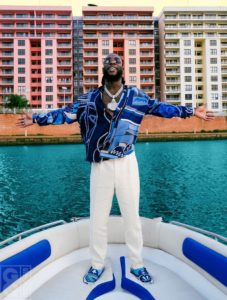 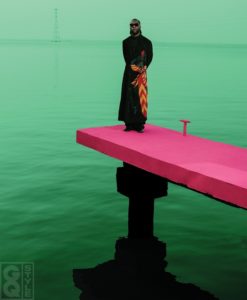 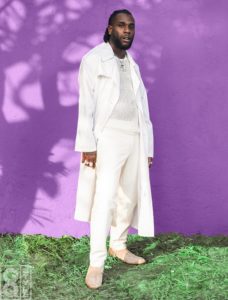 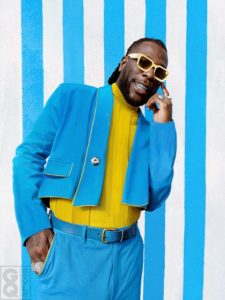 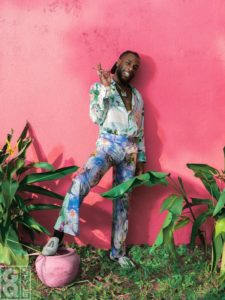